Hi, what are you looking for?

What should be the solar capacity size of your solar system?
Advertisement

Climate Change is a Moral and Social Issue!

Why are Tubular Lead Acid Batteries the most viable Energy Storage devices?

How to select your Solar Plates?

When it comes time to purchase the solar system you want, one of the most important concerns is the location. It is often determined for you in the event that you do not have a huge amount of roof. For those fortunate enough to have only a small roof area it’s an arduous issue. How big is the space? It’s obvious, with a bigger system comes more energy produced, but that doesn’t necessarily mean that you have ample space.

In the beginning, I’d like to discuss some of the undiscovered technique in the field that is often referred to as oversizing. This is the topic we talked about prior to the practice of buying more solar panels that your solar inverter could effectively handle. In general, in Pakistan, you’ll find several installers over-sizing their systems by 27 to 35 percent or so.

You don’t need to worry about sky electric bills since our premier solar energy system for home price in Lahore Pakistan and elsewhere is thirty percent lower. Simply book an appointment and seek the answer as we offer the least per-unit costs and lowest solar power in Pakistan price.www.zorays.solar

If you have an inverter with five kilowatts then you’ll have 6.5 Kilowatts of panels that have to bear it. One reason why this happens is frequent is because panels don’t produce more power than what they’re nominally rated. They may produce 6500 watts in ideal conditions in the manner stated by the manufacturer typically but the sun isn’t at its best angle all the time. Perhaps there’s shade from a tree creating problems, or it’s just dusty or cloudy.

In the end, that 350-watt panel does not produce 250 watts, but by oversizing the system, it makes use of your inverter’s maximum capacity of five kilowatts even though all your panels may not be running at their maximal efficiency. This is especially helpful when you live in areas with restrictions on the size of an inverter that can be hooked to the actual power of the system. Like in Pakistan they let you install an inverter 1.5 times the size of the sanctioned load. The final decision in deciding the size of your system will depend on your motivations for wanting solar power. 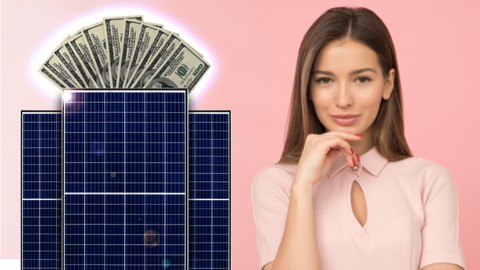 If you’re interested in saving the earth then good for you. And if you do not care about the payback time or initial costs You can simply go on a small scale. If money remains an essential motivation, especially for youngsters, things become more complicated depending on where you live because this determines what kind of subsidy that you are already getting on tariff from the Government. There are a variety of things that can aid in the cost of both. The purchase of the solar panel and running it, for example, the government offered rebate program and rate of feed-in tariffs which power providers to pay in certain DISCOs. Since the guide is written for the global population. We have not been through every one of the locations and each grant or program that is available. However, even in the event that we did, that information will quickly go outdated and could be incorrect. Instead, you’d prefer to go online and input your country and solar grants, into Google, you’ll see the usual ads in which case the initial results do not show.

However, after that, you should look for any URL that has a dot government or similar URL, since they’ll be the best sources for you to understand the current situation. Once you’ve figured out the types of grants and tariffs you’re eligible for, you could begin to make some of the calculations we discussed in the previous section.

In order to determine how much you’ll save by using a couple of different systems, sizes can really assist you in obtaining an idea of the size that is the best for your home. Most of the time, I’d suggest making an analysis for at least seven kilo watts and a ten-kilowatt system to be able to observe the differences. The system is the right size and you’ll need to determine how much power it will generate on an average each day, and then calculate the savings you’ll save each year. When you’ve established your annual budget for your system you’ll be more knowledgeable when you need to figure out the initial cost of the actual system itself.

If, for instance, you know that a 7 Kilowatt system can reduce your annual expenses by 50000 and you’ll soon stop spending 600000. This system may not be the most financial sense considering that it has a payback period is 10 years. It is likely that your country has excellent solar processing and grant programs however, they are not as old as countries like Pakistan where basically NEPRA just buys all the solar that you can fit on your roof, and for the majority of the time, having fun with. It’s not the case in many other locations abroad. You can see that the question of system size and the country you live in, as well as rebates and how much you’ll save on average, are all interspersed to help you determine if solar panels are a good investment for you. For financial reasons, it’s not a straightforward”yes or no” decision because it is based on so numerous personal aspects such as your location, your use of solar energy in space, and similar information. 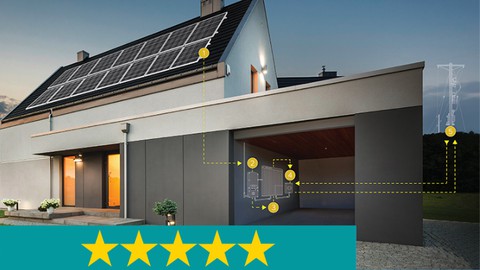 There are a lot of factors that impact profitability. This can be a little complex, but don’t be concerned. it will go through. The process will...

Zorays KhalidDecember 19, 2021
Advertisement
We use cookies on our website to give you the most relevant experience by remembering your preferences and repeat visits. By clicking “Accept”, you consent to the use of ALL the cookies.
Do not sell my personal information.
Cookie SettingsAccept
Manage consent

This website uses cookies to improve your experience while you navigate through the website. Out of these, the cookies that are categorized as necessary are stored on your browser as they are essential for the working of basic functionalities of the website. We also use third-party cookies that help us analyze and understand how you use this website. These cookies will be stored in your browser only with your consent. You also have the option to opt-out of these cookies. But opting out of some of these cookies may affect your browsing experience.
Necessary Always Enabled
Necessary cookies are absolutely essential for the website to function properly. These cookies ensure basic functionalities and security features of the website, anonymously.
Functional
Functional cookies help to perform certain functionalities like sharing the content of the website on social media platforms, collect feedbacks, and other third-party features.
Performance
Performance cookies are used to understand and analyze the key performance indexes of the website which helps in delivering a better user experience for the visitors.
Analytics
Analytical cookies are used to understand how visitors interact with the website. These cookies help provide information on metrics the number of visitors, bounce rate, traffic source, etc.
Advertisement
Advertisement cookies are used to provide visitors with relevant ads and marketing campaigns. These cookies track visitors across websites and collect information to provide customized ads.
Others
Other uncategorized cookies are those that are being analyzed and have not been classified into a category as yet.
SAVE & ACCEPT